Sculptor as much as painter, Belgian artist Valérie Mannaerts imagined for Les éditions Thalie, Private Architecture, an adornment inspired by the pre-Columbian pectoral jewel in the leaf cutout. A unique jewel linked to the artist’s plastic universe: ornament and the whimsical. Private Architecture (oui oui non non) unfolds like a fan. Like a talisman, it reveals and protects with its ceramic amulets representing small ghosts or spoons as good lucks charms. A joyful and mysterious gem! 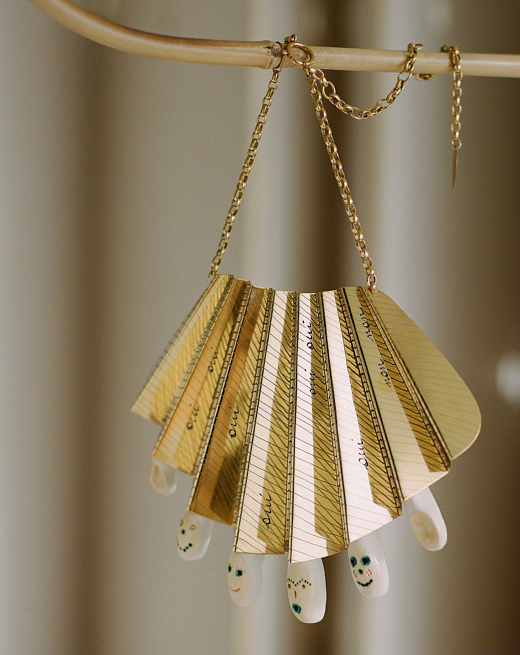 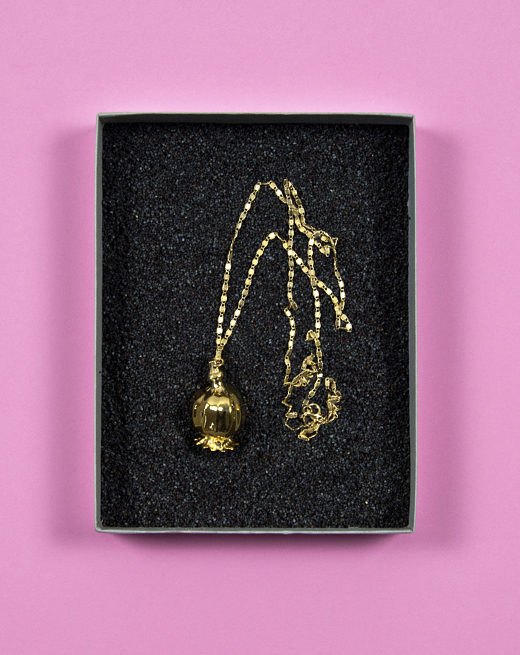 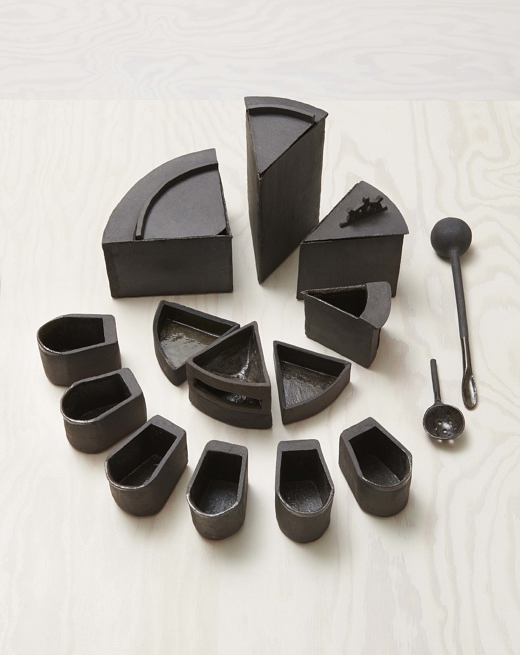 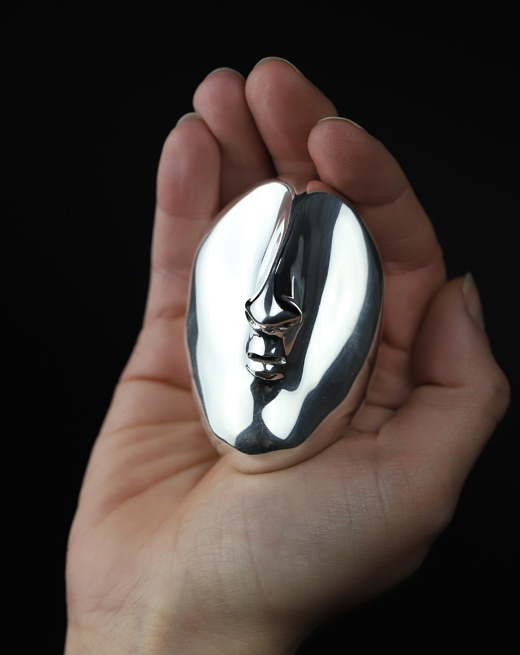